At about the time I started shooting, some states began to offer incentive programs for entertainment, but at that time (2005-6) the main film retreat was north to Canada. Over the years to follow, I did film and TV work in many different states and countries (Louisiana / New Mexico / Nevada / Washington / Michigan / Texas / Massachusetts / Vancouver / Manitoba / Toronto / Mexico / Greece). At the time, most of the US cities outside of Los Angeles, New York, and Chicago were either very disorganized and poorly managed. The economy was getting a little shaky–so looking for ways to offset some financial risks was a big part of how films were developed and produced, whether it made the film better (and or more sellable) or not. Making a list of states and cities that suck to shoot in won’t help much, as there are too many to list, so instead I’ll share my experiences and understanding about places I appreciate for what they have or what they are able to do. To me it comes down to a few simple things that define the usefulness of each incentive state. 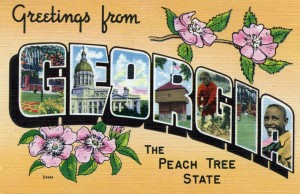 Georgia is a state that has received a lot of attention from the film and TV world in the last few years. I have worked there a few times recently and have come to believe that if you have to film outside of the two “holy”film cities (New York and LA), then this is a good alternative.

NOTE: As a consequence of project workload, the market price for credits sold by independent producers has been significantly diminished relative to the market price of tax credits offered by studios or networks. Other than that, the state really only works location-wise as the South, Midwest suburbia, and parts of New England. 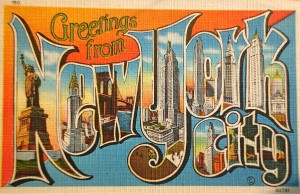 New York is always on the list, whether it has an incentive or not. You really can’t replicate it anywhere in the world (even though they’ve tried many times, remember the Toronto try?) Nonetheless, they are back on the map and pushing hard to be a player again.

30% refundable state TAX CREDIT, and a 10% bonus for expenditures in certain upstate counties and up to 35% for certain post production expenditures under a stand-alone post program (upstate facility). 5% refundable NYC cap in addition to the above, capped annually at $30 million.

NOTE: New York City’s program is typically exhausted quickly, and may be subject to change. The production refund is paid out in 1 year if under $1 mil, over 2 years if between $1-5 mil, and over 3 years if over $5 mil. Stand-alone post production refund is paid out over two tax years regardless of amount. For the filmmakers, it’s just a great place to shoot. No place on earth comes close to the energy of the city and its many different looks. It is a visual wonderland. 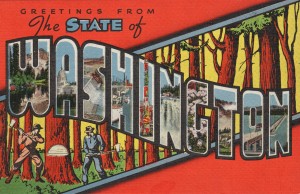 Washington State is one of my favorite places to go, maybe because it is literally the opposite of LA (trees/water/grunge…).

30% REBATE on qualifying expenditures paid to WA residents and businesses for films, commercials and television series producing less than 6 episodes in WA. Of that you can get a 15% rebate on non-resident labor if 85% of the production’s labor force are WA. residents (so they can travel you).
PROS (for distant hires):

NOTE: Washington’s incentive is very quickly consumed once its annual registration is opened. For filmmakers, it’s an artist’s haven that is quite catered to by the community. 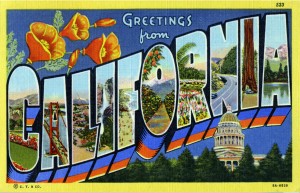 I think I’m just a little too biased to give you an outline of all its pros and cons, but I will say that we definitely have good weather for filmmaking; plenty of diverse landscapes, environments, climates, talented actors, crews, designers, directors, post houses, vendors, you name it… and a 25% Tax Credit. Simply put, a film industry that was once centered in New York came out west a long time ago, with money and stories to tell… and they have since never stopped growing, building, improving. But I guess you don’t always need those things… or do you?

To read more about all the state film incentive programs available throughout the country, visit Film Production Capital.