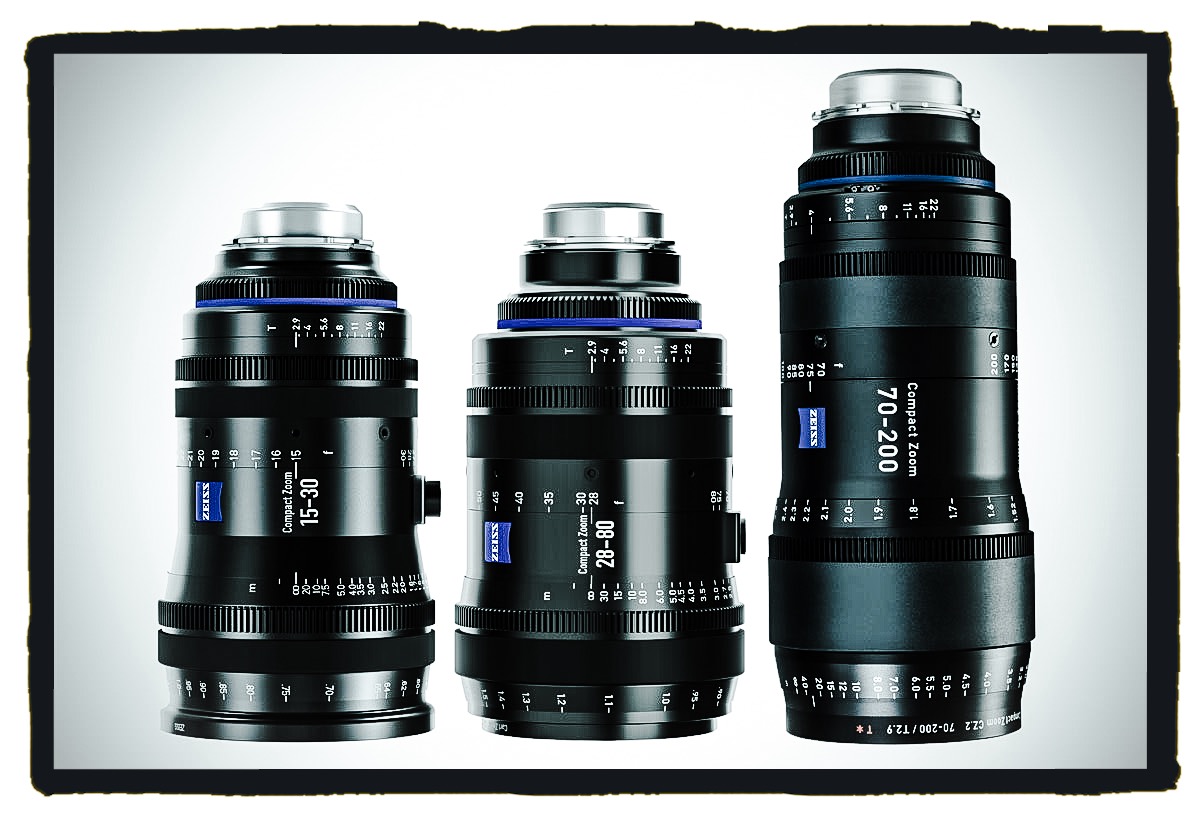 Full disclosure… I’m not a big fan of the Zeiss Compact Prime lens line, but I just learned that there are a few things I do like about the Zeiss Compact Zooms or CPZ’s. My team and I did a new media series recently, and in that world it’s all about keeping the image and production value high and the budgets as bargain bin as possible. Its for that reason that we didn’t have the option to get my normal go-to lightweight zooms, but we still needed to stay on handheld zooms with good ranges and cinema mechanics.  To paint a better picture, the show was a three camera (single camera style) comedy series shot entirely handheld so being light, wireless and multifunctional is what we needed to be. The cameras were all Arri (2x Amiras and 1x Mini). The one thing that got my attention right away with the CPZ lenses was the 70-200mm zoom.  I knew that range would be excellent for us. 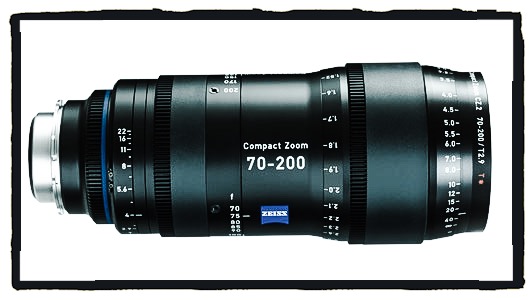 This zoom range has long been my lens of choice in the the photo world for sniping off long lens frames, so when I saw it as a cinema option, I jumped at that. It’s hands down my favorite of the three CP zooms.  The resolution from edge to edge is brilliant and the color is uniform throughout its range.  The end image is clean without being overly sharp, great for long lenses.  Zeiss has always felt very sharp and high contrast to me and these are a very fun venture away from that. They also seem to flair well, nothing too specular or cheap looking.

Mechanically, the camera team seemed to like it, no complaints of odd needs—just a zoom support and you’re off.  I was told the throw on the focus was good and gear rings and lens markings spread well thought out. The only complaint they had was that the 15-30mm front lens diameter was 114mm while the other two were 95mm.

My second favorite in the set is the wide zoom 15-30mm.  Again, the edge-to-edge resolution is great and the luma consistency from outside to inside at the wide end was great—held well, no vignetting. Another thing to note is the close focus is just 1’10” a great thing to have when shooting in tight spaces.  It’s good to know of another wide full-frame zoom option out there.

The last on the list is the midrange zoom 28-80mm.  It’s the lens that always seems to be on the camera the most but doesn’t really cover any one thing/situation perfectly, but more of a great utility (too long for wides, too short for clean coverage).  However, it’s still a good lens and we used it in many situations where we simply didn’t have the real estate to use the 70-200mm.  It matches both the long and the wide lenses attributes perfectly and always seemed to be needed in one way or another on every setup.  We would shoot a lot of multi-cam scenes in one setup, so this lens would be the lens on “B” camera getting groupings of 2 or 3 shots- or maybe an OTS, while “A” camera was getting a master of some kind on the wide zoom and “C” camera would be snipping out a single close up of coverage.  That was the pattern we used in order to stay out of the way of actors and cameras.

Obviously, everything has its flaws and these zooms have some of their own— some are as expected for glass at this price point ($18-19,000 each).  The main things I saw right away was the inaccuracy of fstop on the lens.  The lens reads f2.9 but it meters out more closer to a f4.0. The other thing about these lenses are the size and weight.  Don’t get me wrong, they aren’t crazy heavy—only a pound or two more than the Angenieux zooms, but they are a fatter or stockier lens than others zooms in their class. This makes it a little harder to do work with gimbals or in tight spots like car interiors. I’m told they come in a few different mounts (Canon EF, Sony E, MTF, and PL) so they can pretty much jump onto any set with any camera system.  So if you’re looking for alternatives to Angenieux and Canon cine zooms, these are a good option.

Below is a link to the trailer of the first season of the show.