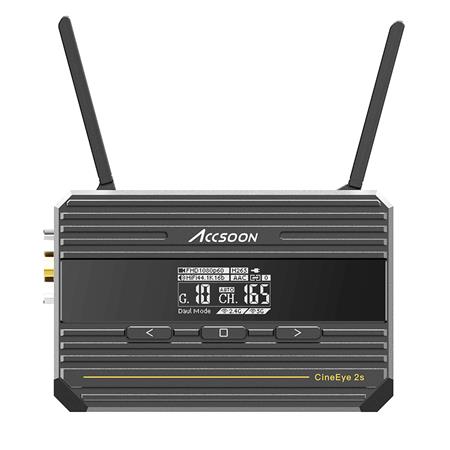 I didn’t think this thing would be as cool as it is … but it is.

Basically, what we are talking about with this device is the ability to take a video signal via SDI or HDMI and encode it into a steamable video for digital broadcast via USB-C to Zoom, Google Chat, iChat, blah,blah, and most importantly a live view window on your device using an app. Again, I thought this was more of a gimmick, but honestly, after using it on a few shoots it’s come in quite handy! Oh, and it’s only $329.

The world of HD wireless video systems has changed a lot from the original players: Parralinx and Teradeck. The cost has changed a lot too! Today there are many new companies in the wireless game, and honestly, most of them are twice as good as those ever were. I won’t get into all of that but let’s talk about the integration with steaming.

When I’ve done pickups for films, VFX shoots, or even smaller commercials, the VTR team is asked to create a link or viewable window for remote clients online, but occasionally I’m asked if I have a way to do this with just the camera side (monitors/encoder boxes). Even though it is quite simple to do, I’m normally hesitant to give more responsibility to the camera team, especially since it does not benefit the crew at all.

However, the Accsoon Cine Eye 2S is a great little encoder/bridge option that gives you a live video feed on up to four devices at once (Apple/Android). This means that if you add this device on to your video out, it can not only give the client a USB-C video feed to pipe into their Zoom call, but you can additionally broadcast the feed to any crew members that want a live signal on their phone or tablet!

It comes in handy for many things incuding:

The CineEye 2S is small enough to stash in any kit bag. It’s got a rugged build and offers both SDI and HDMI in, making it a much better option than the others in its field. It also has the option to mount a single F970 battery directly on the unit for any remote needs. I usually run it off an onboard battery via D-tap. It’s very good on power.

It claims a range of up to 500′ but I haven’t needed to be that far out, but maybe?? They also mention that the delay is at max .06 seconds and that’s pretty great too.

The last thing to mention is the app itself. It is very simple to use and comes with a bunch of overlay options. It has everything from zebras and false color for exposure to frame lines and color spectrum options in a very easily navigated interface.

More about the app: HERE

There is one thing that is a bit crazy about these devices–and this seems to be true of all of them–is that they can mess with other wifi signals. They are quite intense of a signal I’m told. After a few hours of using it, the stage manager came by and asked what we had that was slowing down the house internet so much. We tracked it to this.

Accsoon seems to have a lot of interesting options for wireless video. I am always interested to see when off-brand electronics have more useful options than some of the more recognized brands. When I see these new integrations I know they will be added to the mainstream brands soon (haha).

For more info and specs on the CineEye 2S HERE