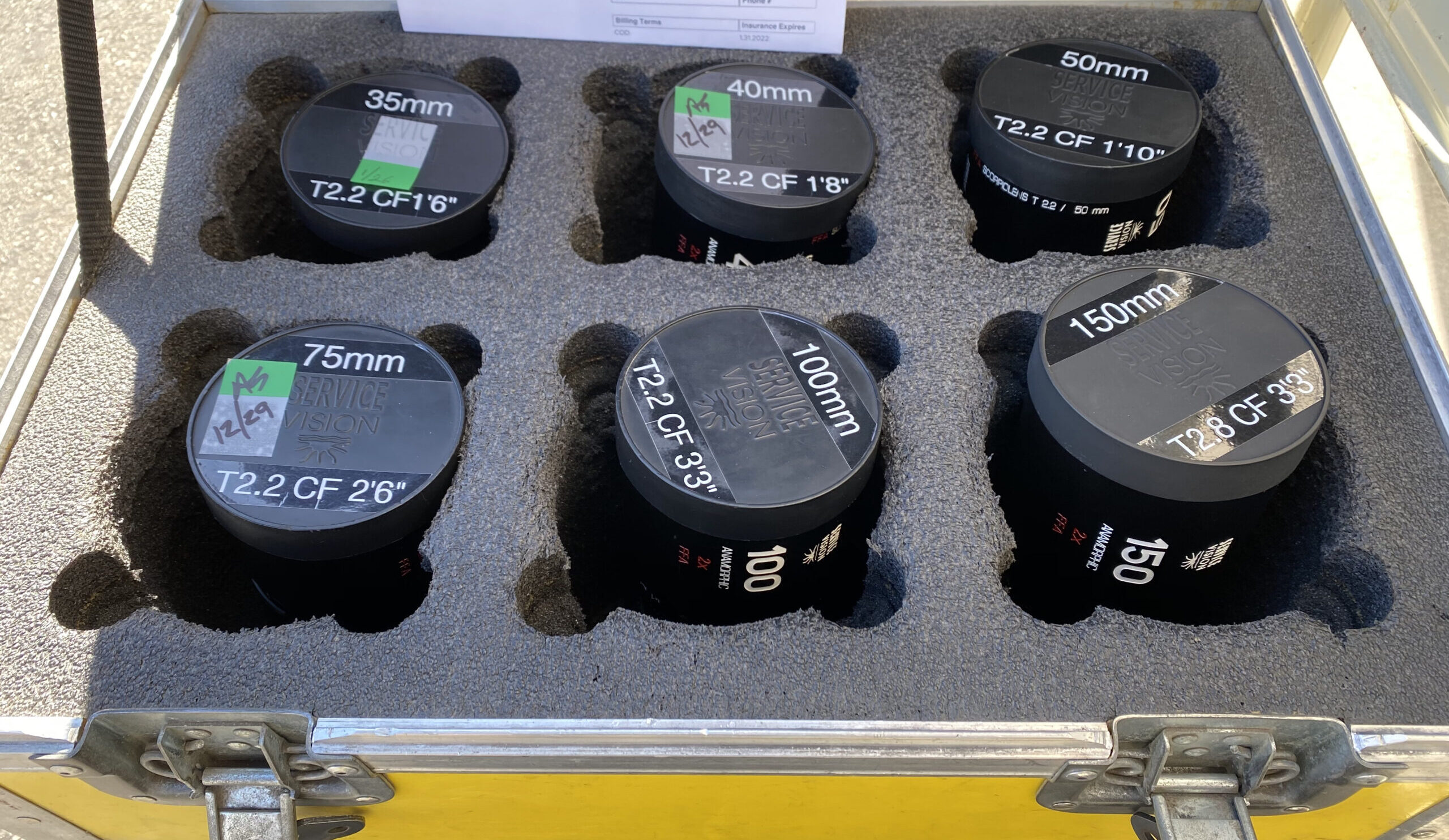 There has been a lot of talk about all the options for full-frame anamorphic lenses recently and after going over quite a few options, I realized there are really only a few professional players in this space.

I was lucky enough to be asked to shoot a fun action adventure commercial on the Red Monstro system. The project was VFX heavy and completely shot on location in very complex and rugged environments. We needed to keep the camera gear lean and as small as possible, but the director and I both felt the same in that we wanted to show off the landscape and scope of the locations by shooting anamorphic. Traditionally, that makes camera packages bigger. The FX house also wanted us to shoot as much resolution as we could for the VFX. Naturally, 8K was brought up. The production company had an in-house RED Monstro system so I went out to look for a good lens option to suit us both.

Anamorphic lenses are always quite large in some way. They either have large elements that make the housing big and heavy – or they are long and awkward. When you add to that the Full Frame coverage area, you get even bigger.

In walks the Scorpio FF Anamorphic Primes. Yes, the amazing Spanish camera support company Service Vision has been working on a set of full-frame anamorphic lenses for a while and I now finally have the right situation to try them out. There aren’t many complete sets for rent in the US, but fortunately, I was able to track down a complete set with my friends at Keslow Camera in L.A.

A quick overview of our setup is that we shot with the RED Monstro in 8K 6:5 mode. There you could select the 2x squeeze on the lens. Our DIT hated the size of the .R3D files and I totally get it.

The lenses are all very well built with matching gear positions. Balancing them out on a steadicam or even a gimbal was way easier than the assistants thought it would be. In addition to there size, they also have virtually no distortion or breathing to them at all, much like the Master Primes. But what the Master’s lack in dimension and image depth the Scorpio’s bring. The Scorpio’s holds great dimension from edge to edge, as well as up at close focus (no “flat” look).

If I were going to compare the look of these lenses to anything we all understand it would be Cooke S4’s. They feel a little warm with good contrast and minimal flaring. The thing they don’t share with Cooke’s is the sharpness. These lenses are sharp! And not just because I saw them in 8K. I’m not normally a big fan of sharp lenses but the VFX team liked it and once they were done I softened the image a little more to my liking.

I mentioned the flaring not being big. It isn’t, you have to purposely try to get them to flair, and if you do it’s a simple flare with no hard element reflection or intense blue lines. It’s just subtle and for this project that was perfect.

Here are a few frame grabs from the commercial shoot, via instagram @hallcine.

Overall I would recommend these lenses for anyone in the same VFX situation on a location shoot. The size alone makes them very useful for moving quickly and jumping between multiple platforms (steadicam/handheld/gimbal). If you’re looking for a more dreamy/softer look in FF anamorphic, I suggest looking at Cadwell Chameleons.