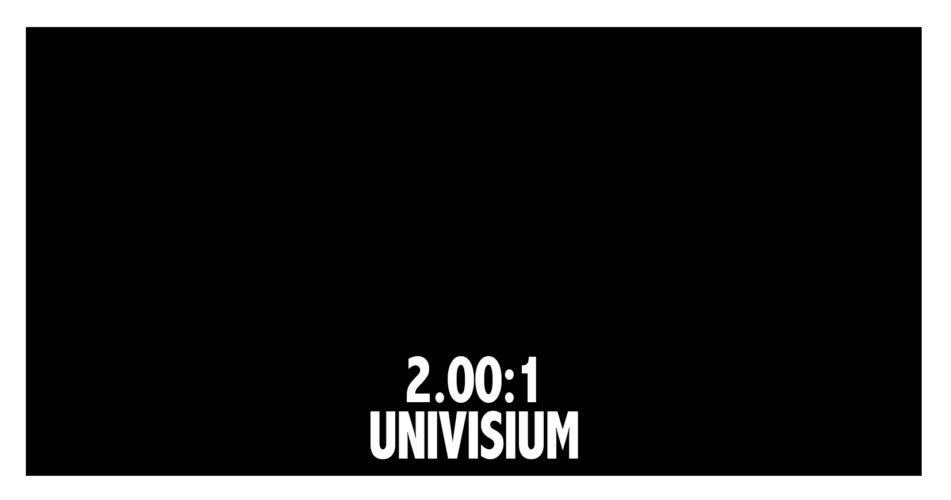 There are many different aspect ratios being framed for out there, but the one getting a lot of screen time these days is the hybrid format of 2.00:1.  It dates as far back as the early 1950’s in a format called SUPERSCOPE.

A breakthrough film showcasing this format was the RKO picture “Vera Cruz”,  in 1954. Almost immediately following its introduction the 2:1 format quickly slowed in popularity due to the improvements in anamorphic technology and Hollywood’s widescreen race.  In 1998 (around the time 16:9 televisions were starting to sell to the mass consumers in the US) Vittorio Storaro proposed a revival of the 2:1 format that he called UNIVISIUM.

Storaro understood the new demands on the horizon for the film and television deliverables and how a new generation might be viewing his work.

But before we get into all the tech-talk, let’s talk about the basics first.

The term aspect ratio is used in filmmaking to describe the proportional relationship between the images width and its height expressed in a ratio of length: height.

With the majority of projects, today shooting digitally the number of different aspect ratios has narrowed.  The three main framing ratios widely used today in film and TV, are; 1.78:1, 1.85:1, and 2.39:1. Each of them has their strengths and drawbacks.  However, the thing that has changed is our way of watching.  Most cinemas have converted to digital projection capable of throwing many different formats with just a lens change, TV screens have only gotten bigger and wider, and new portable devices and phones have become advanced enough to be considered a media consumer deliverable.  That is a lot of screens to have to consider as a filmmaker.

Over the years I’ve come to dislike the 1.85:1 ratio.  In my opinion 1.85:1 letterboxing of a film on a 16×9 HDTV is just kind of annoying. It’s just a sliver of black matting at the top and bottom of the frame.  Honestly, just having that little bit of extra over 1.78:1 doesn’t help me much on set when I’m framing the shot initially anyway.  On the other end of the spectrum with anamorphic projects, I still hear about quite a lot of people complaining about watching 2.39:1 ratio images on TVs and their devices. I can still hear my grandfather saying, “They’re only showing ya half tha’ pictura’ Jonnie!”😕

A Series of Unfortunate Events 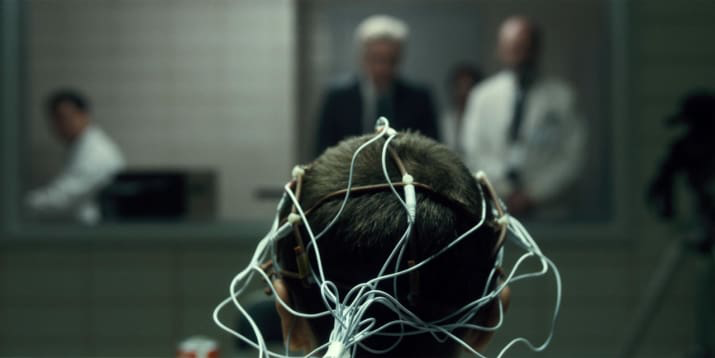 The 2:1 ratio basically bridges the gap between 1.85:1 and 2.39:1. It’s a format that works well with 16×9 screen and devices, giving you a lot of picture area for audiences without giving up too much scope for the filmmaker.

1.85:1 has a history of being used in comedies and dramas that embrace more classic and naturalistic frames, whereas 2.39:1 (anamorphic) projects have a history of big action films, period pieces, and epics framing for larger scope frames. The 2:1 format hasn’t yet been defined to any specific genre or period and I think that’s great. Maybe it will be known as the NewMedia format eventually since it seems Amazon and Netflix are embracing it.  With its popularity on the rise, it’s also becoming quite easy to set up. Most, if not all, professional camera systems (Arri, RED, Sony, Panasonic) have a frame line guide available for it. I’ve recently been shooting a lot of projects for new media deliverables (Go90 / YouTube RED / Netflix) and one of the heartbreaking parts is having to make images work for full frame deliverables.  I remember the fights we would have with TV studios about framing everything for 4:3 TV screens even though we were shooting on 16×9 HD cameras 😤 …I suppose this is the updated version of that battle.  All that being said, I’ve wanted to shoot it for a few years now and haven’t yet had a project that seemed right for it, until now!