I was asked to shoot a docu-project at a tech conference in San Francisco a few months ago and the reason it interested me was not only was it for a big tech client, but the director (a good friend of mine) wanted to do whatever it took to create something unique/different than the usual corporate interview project. Obviously, I was a fan of that approach!

One of the big limitations was that our gear needed to be very lightweight and physically small due to the fact that we would be moving in and around a crowd of thousands all day.  My first thought was to shoot with my Panasonic GH5. I’ve always wanted to see how far I could stretch its image, and to test how well it could hold up shooting for long periods of time.  Trying to think outside the box, I thought of utilizing the camera’s ability to shoot anamorphically.  I’ve read that not only does it have the ability to shoot in a true 4:3 mode, but that it could also do it in 6K resolution! (You read that right: 6K out of a mirrorless still camera.)
The only way I saw us being able to shoot anamorphic in our situation was if everything fit directly onto the camera (no adapters or bulky rigs). That – and if the lenses were small, fast and relatively inexpensive.  Lucky for us, the new 2x anamorphic SLR Magic lens set fit all that criteria!  They come in M43 mount (to fit the camera with no converter); they are no bigger then a Canon 70-200mm zoom; they open to a f2.8 (although I think they do best at a f4/5.6); and they are quite inexpensive to rent.  After looking around, I finally found a set available to rent from my friends at Lensrentals.com.  I had them in my hands 2 days later. The set consisted of a 35mm, a 50mm, and 80mm primes. 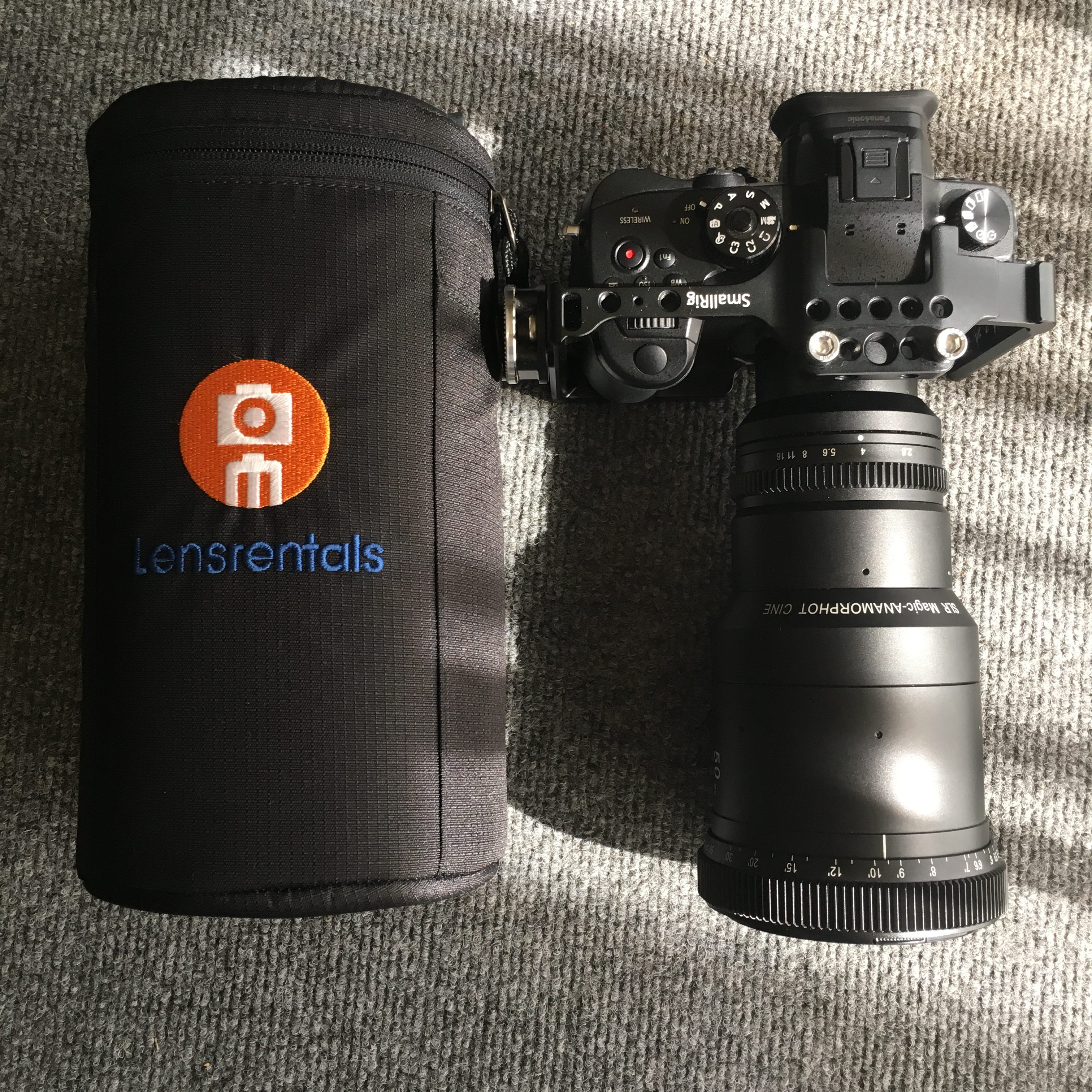 I did some tests at 6K and was really impressed with what I got for detail and sharpness – but with our turnaround and time crunch for post workflow, we chose to stick with the 4K option.  The last step we worked out was what visual settings and color profile to shoot in.  I’ve been wanting to see how good the much talked about Panasonic V-Log was, and I couldn’t think of a better time to test it.
The camera was set to record in 24p, at 4k 10bit, .MOV (.H265) resolution in V-LOG color space. For monitoring, I added my SmallHD 502 monitor to the camera, feeding it with the LOG/stretched image and then using the monitor’s built-in tools to view the image in its proper aspect ratio.  I filtered the colors through an installed LUT from the great people at Lutify.com. To learn more about using LUT’s / V-LOG watch this video:

The process was simple, something I’ve not normally witnessed when trying to work in the DSLR world.
The end result was a very organic image (one I’ve come to expect from the Panasonic family) but now with a very natural and dimensional anamorphic scope. We basically walked around with complete anamorphic 6K (capable) camera package that was no bigger than my arm and weighed less than 8 lbs.  I was very impressed.