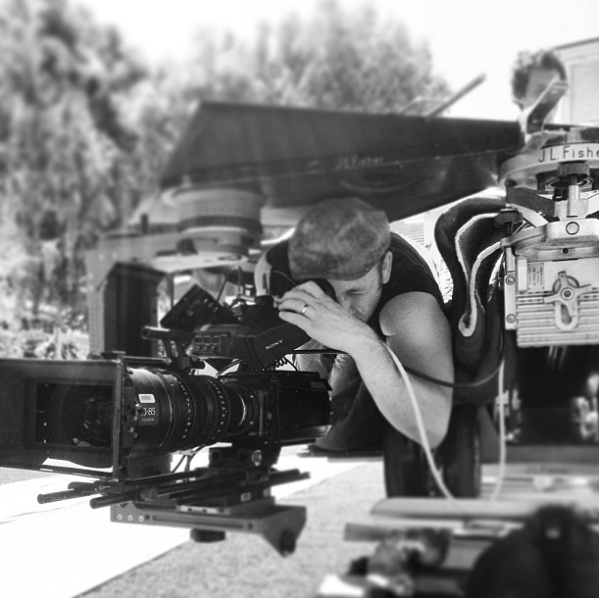 Every once and in a while I get the chance to shoot some very high-speed footage.  I have worked with the Phantom systems a few times and found that I am a fan of the FLEX mode; however, there are a few things you should know before shooting it.  Some of the things are normal concerns you may already know:

On my last few jobs, the frame rate we were interested in was between 1000 and 1800 fps.  What I have learned recently is a bit more specific:

“Don’t use any lamp head under 2,000w.” Normally, quartz or tungsten heads are the go-to for these shoots – but getting the right amount of light you need for bigger shots sometimes requires more than 12k or 24k heads. If you are emulating sunlight fill with quartz lamps outside, its a hard battle to win.  A natural solution would be to go with a multi-head unit like a DINO to get you to a 36k head, maybe even two of them side-by-side to get you to 72k, and from there you could color and shape it.  However, any lamp head that is burning a filament less then 2,000w in size will begin to pulse; and depending on you lamp cycle and luck, your image may see a flicker.  It is more apparent in high-speed digital work than film, but it’s there.  Recently, I have been told about the new Hive plasma lights and that they have been very friendly to high-speed work.

“Don’t shoot any wider open than 5.6.”  This sounds like a rule to live by, but it’s not – its more of a personal preference that will help you stay friends with your camera assistant.  At this high a frame rate, any microsecond of soft focus feels like an eternity.  Most of the time when your shooting 1600fps, the subject you are shooting is doing a quick action or very precise reaction and you would hate to miss any details.  I am always a fan of giving the focus room to breath, e.g. if the action needs 1′ of focus, give it 3′ – maybe the perimeter of the shot will be the most interesting?

“Don’t overexpose anything.” This seems like a no-brainer in the digital realm.  However, you may find yourself in a situation where you simply don’t have the light you need to expose your shot right (some damn shots need a lot of light).  The point I am trying to make here is that the Phantom FLEX camera system actually shoots quite a thick negative on the low-end.  Coming from a film background, this way of thinking is hard to reverse engineer – but it’s true.

“Don’t shoot any higher frame rate than you need to.”  This is more about saving time than anything.  The higher you shoot, the more time and space is needed.  For me, it’s annoying to have to wait longer between takes than I absolutely have to.  Also, the look of footage not shown at its original speed (pushed or pulled) is different.  I know the “Rule of Thumb” is to over-crank shots rather then under-crank, with the thought being that you can always flag frames in order to speed up footage.  However, you will still see post effects of this process (than if it was actually shot at the desired speed).

“Don’t underestimate drive space or time needed to download and check media.”  This is something for  which you need to plan well.  For example, shooting in full resolution @ 720fps for 3.5 seconds (of real time) will create a 32gb clip that will take up to 20 min to be transferred over ethernet to a drive.  Even if you are shooting with Cine-Mags, your storage is extremely limited and slow moving.  I would suggest using the CineMag system, as well as the CineStation mag docking station utilizing a 10GB ethernet connection.  A good thing to plan for is the time you will need to download, save and check footage.  I go into each job telling producers it will take about 8min per second of shot footage (real time) – that usually seem to work out right.

The very last thing you will need to be aware of is converting your footage.  You will need software that can handle the camera’s file format of “.cineRAW”.  There are many tools out there that help with the file format conversion, the best known of them being GlueTools for $399 at the pricey end; however, it does have full control of the camera’s original footage (2.5k -720p/color/contrast/ matrix…) Or you could just use the free version of Da Vinci Resolve.  The catch with the free Resolve software is you are limited to a 1080p workflow.  Here is more information on how to do that:

Here are links to projects I have shot on the Phantom FLEX system: