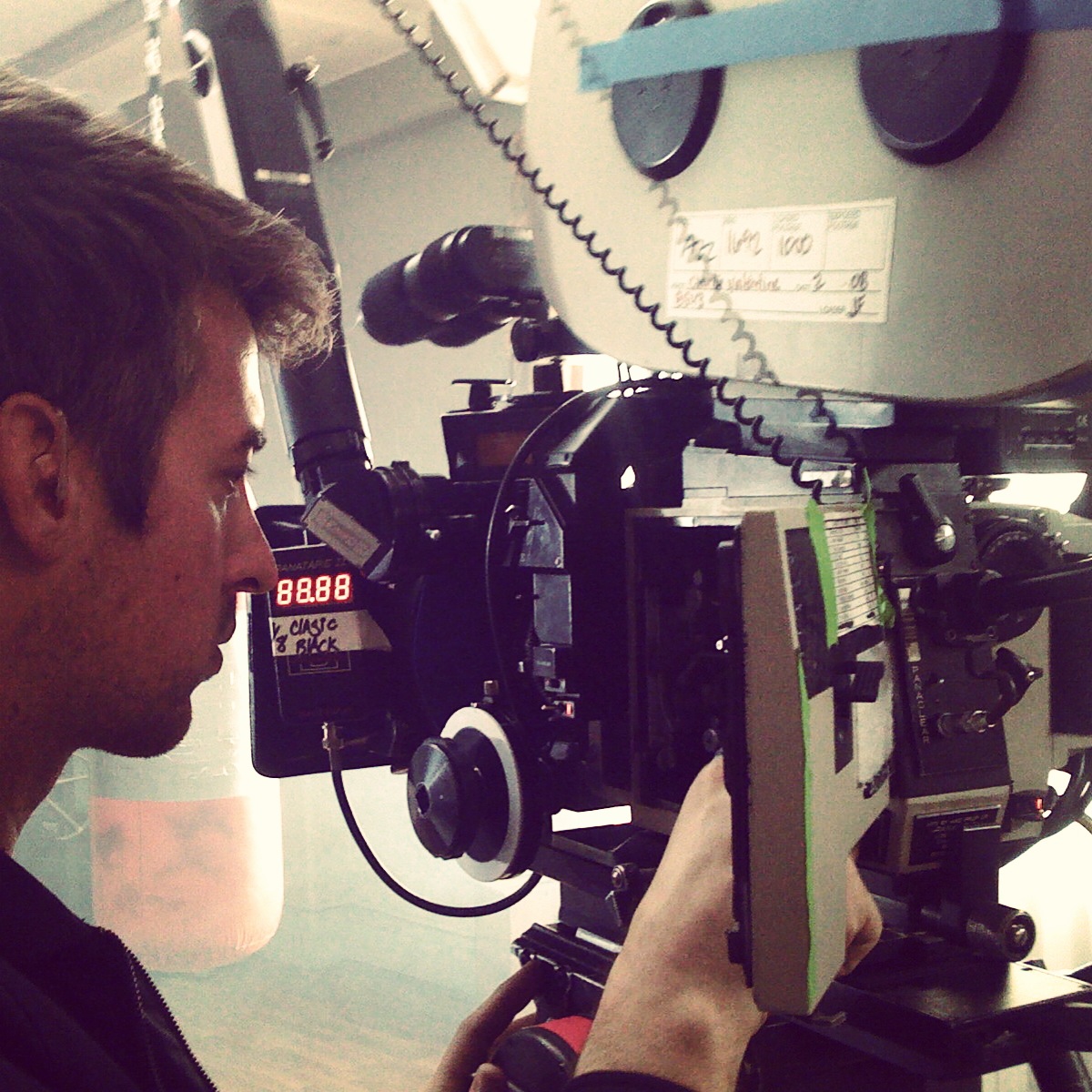 I am a celluloid fan and it will always hold a place in my heart.  I still shoot film when I can and have researched many ways to still make 35mm a real option for feature films – and this how I found 2perf.

The quick overview: this format allows you the opportunity to shoot a 35mm size negative at a 2.35:1 aspect ratio.
Basically, you shoot the bare minimum amount of film area that fits a cinematic projection format. This allows the camera to double the amount of run time per film roll compared to traditional 4perf 35mm cameras.  The indie benefit to all this is simply getting more bang for your buck (half price on stock, half on processing and half on scanning).  Of course, these savings come with a few risks as well.  Firstly, you have absolutely no wiggle room in your framing.  What you see in the eyepiece is what you will have on the negative – any dirt or film shavings in the gate will make noticeable silhouettes debut.  Secondly, there are a limited number of cameras available throughout the country, as it is not a very common camera format.

In 2008, I was asked to shoot a low budget independent film, Charlie Valentine.  The director (Jesse Johnson) and I definitely knew we wanted to shoot film but really didn’t want to settle for super16mm due to the limited budget – so I looked for another option.  I had heard rumors of a few 2perf (Technoscope) cameras floating around the country but most of them were either antique Kinor 35’s or old retrofitted Moviecam’s or Arri BL’s. We needed a better option.  After catching a tip, I called up my friends at Panavision and asked them if they ever retrofitted any of their “Platinum” or “Gold II” bodies and it turned out the tip was right.  Panavision UK converted two “Gold II” movements in the late 90’s for a few Italian projects; and since then, the cameras had been sitting on the warehouse shelves. The GII is not my first or even my second camera of choice from the PV family but it has always been reliable with an effective body, so we were glad to take them off their hands.  The bodies were sent across the pond and right into the back of a truck headed to Las Vegas for a film test. 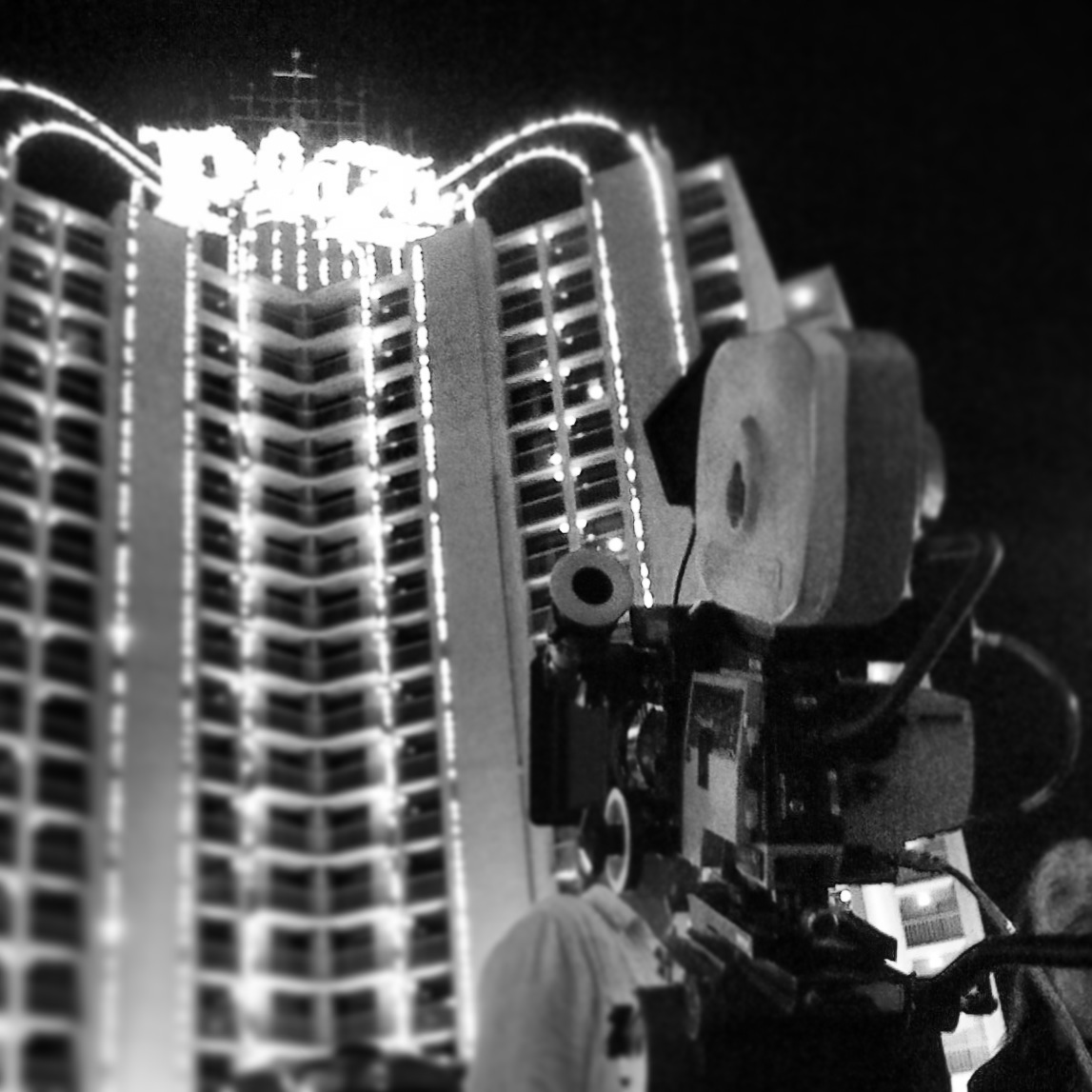 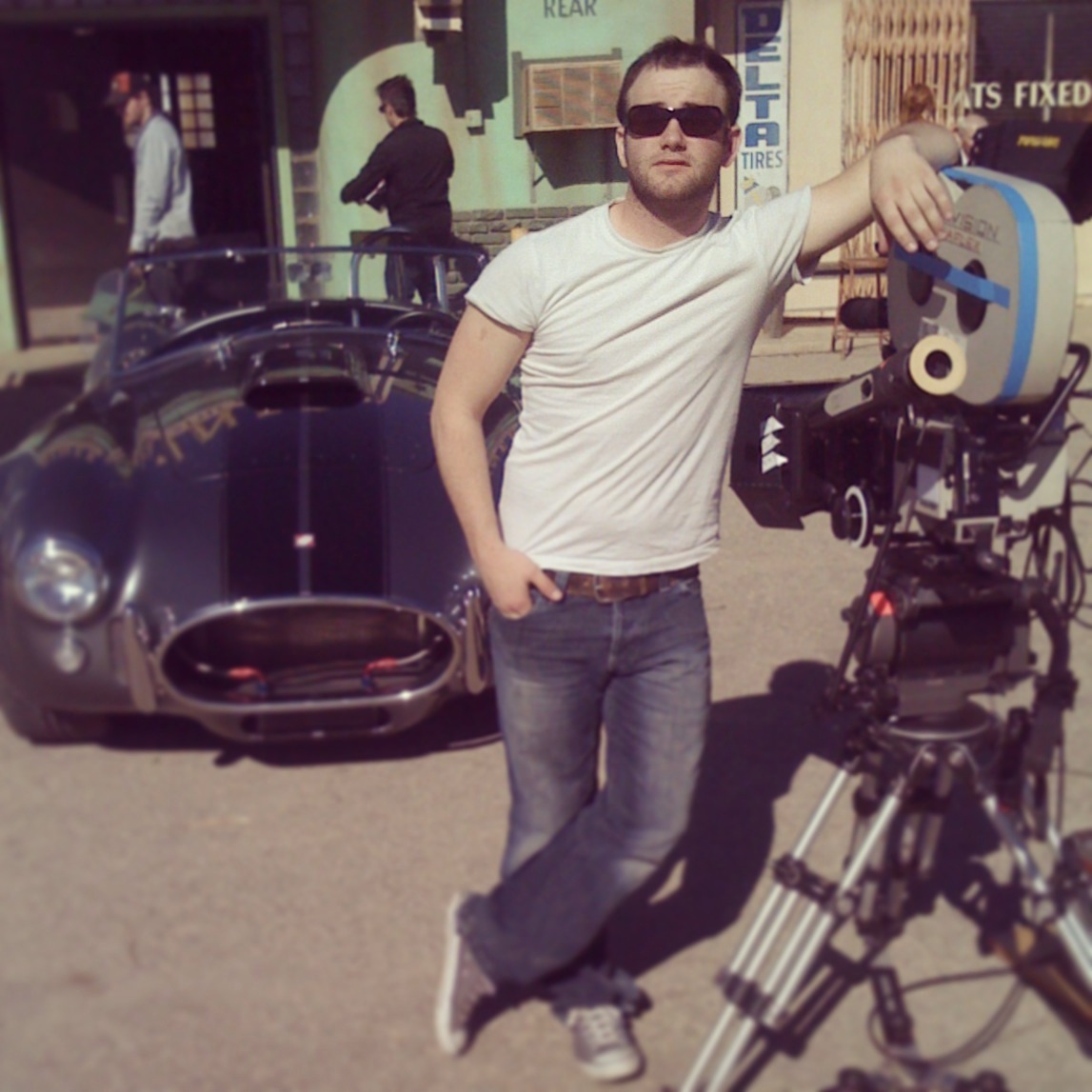 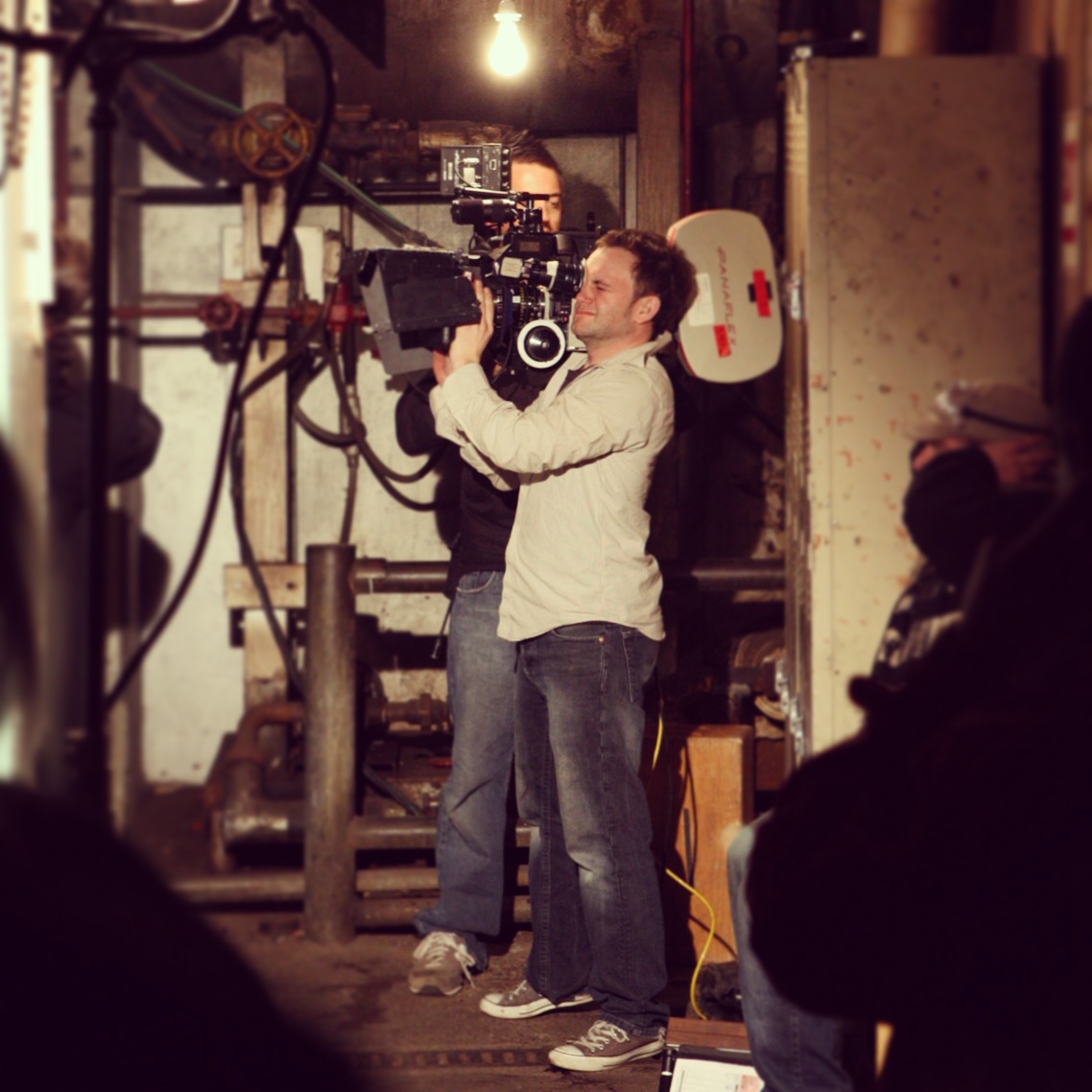 CV: Fight scene
Having been a longtime Panavision user, I was very familiar with the less than smooth working relationship of Fuji film stock and PV gates, but on this movie every penny counted and Fuji, of course, had the lowest bid.  Don’t get me wrong, I’m not complaining about Fuji, I am actually quite fond of Fuji stock.  I was just simply nervous about the forgiveness of our 2perf size frame and any film shavings.  There is not much more heartbreaking on a project than seeing that “hair” flick into the frame of the best take of the setup.  At the end of the test I learned two things: 1) never underestimate the time it takes to drive to Las Vegas on a Thursday and 2) Fuji and Panavision were going to play just fine together.

The cameras were literally the same age I was and this film ran all of us hard: handheld, steadicam, cranes, dollies, car rigs, and even helicopters – but we all came out at the end happy.

Above is a trailer for the Charlie Valentine film mentioned.

A couple of films later (2010), I got the invite to head out east to Rochester, NY to a film entitled After. This was another film where we utilized the 2perf format.  By this time, the new Aaton “Penelope” was available but almost nobody had one AND most assistants and loaders shuddered at the idea of shooting 35mm Aaton again!  So, I got on the horn with Panavision (again!) and had the bodies shipped out to the NYC office. But this time I had them install the movements into PV “Platinum” camera bodies.  We shot Kodak on this project (naturally – being in Rochester and all) and had the privilege of running all of our footage through the home Eastman Kodak lab. Evidently, we were the only ones to have ever done that. Even in the bitter cold of December in the snow belt, the “Platinum” and Kodak did great.

Today there are many options for this format. Almost every film camera company has a 2perf movement for their contemporary camera models.  Recently, I was testing a 2perf Arricam LT package from Clairmont Camera (pictured below).  Arricam is hands-down my favorite 35mm system (ST & LT) and I love that I know where I can get at least two of them in this format.

TIPS:
• Use Kodak stock over Fuji film when you can.
• Shoot a ground-glass test and confirm its accuracy before principal photography.
• Check the gate for “hairs” after every setup.
• Avoid “roll-outs” on mags.

• Make sure your vender has more than one camera in a 2perf movement.