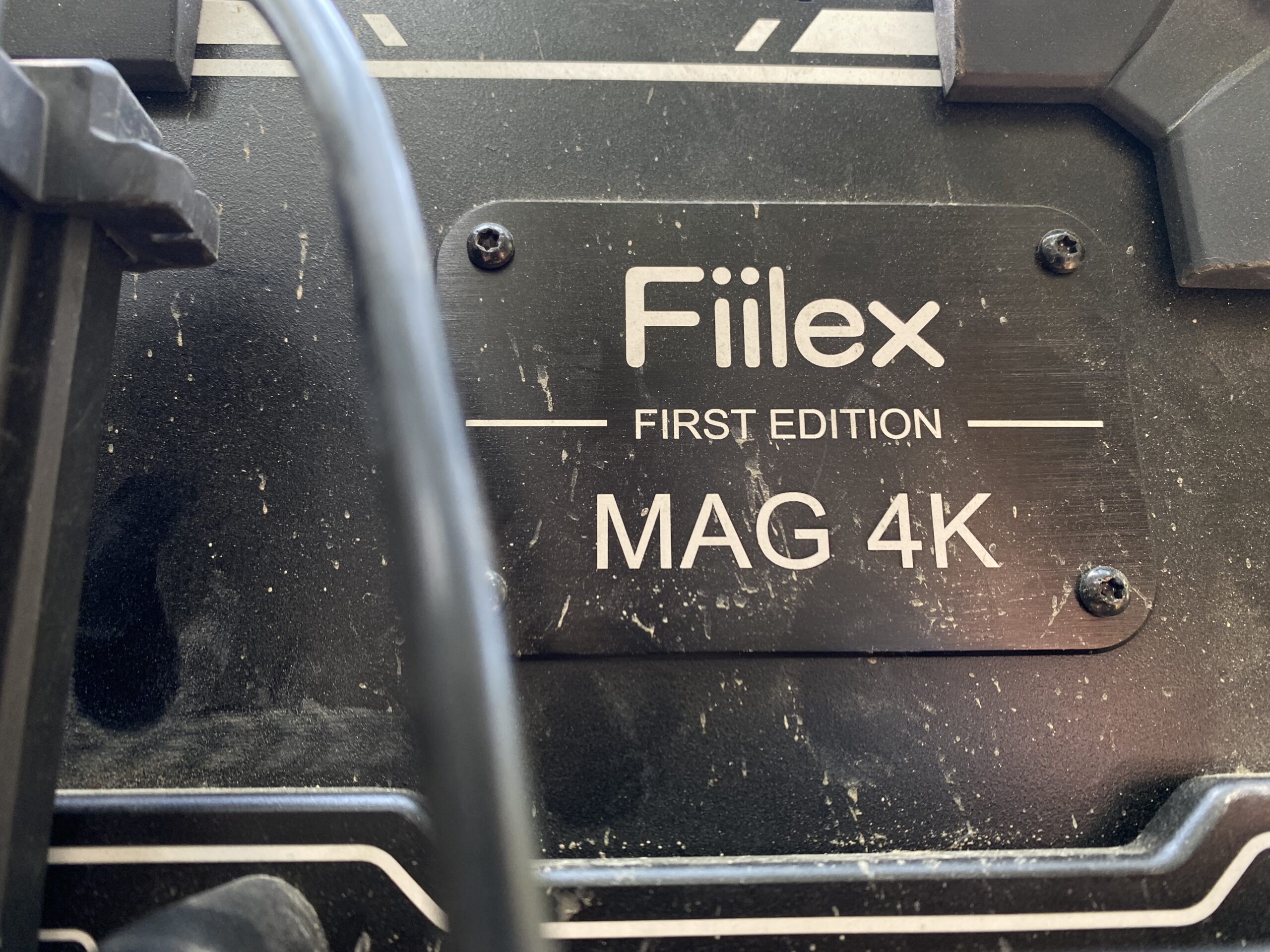 I was fortunate enough to be given two brand new beta model Fiilex MAG 4K LED heads to try out. After playing with them for a few hours, I realized that I would NOT want to be in the generator business.

I do want to first thank the Fillex team for loaning me these 2 units. I’ve been trying to find film-ready LEDs able to replace my trusty Quartz/HMI fresnels & par units for years, but the two main things that LEDs historically haven’t been able to get on equal footing with are:

Outside of the Mole Richardson LED fresnel units (and they have their own issues), there really hasn’t been anything designed specifically for film use or available in any non-studio size footprint. Until now.

The unit at full brightness (5600º K) with the tightest cone on (18°) feels like you’re using a classic LTM 1200 Par HMI. The beam is clean and punchy, and it cuts as sharp as anything we’ve come to expect with traditional lights. The bonus is, in this instance, that I had the added convenience of not having to drag a ballast around everywhere!

Beyond the bright throw and the clean control is the fact that you can dim the unit without any problems with color shift or lamp gradient patterns – it’s a lifesaver. And I almost forgot to make a bigger deal about the fact that it’s bi-color! It gives you the ability to get the same output from 2800º to 10,000º.  And additionally, you can shift the magenta and green points to match almost any environment.

We used them in every situation you could think of:  key light in day, key light at night, front light, back light, book light, defused, even raw!

The two Fiilex MAG 4Ks we had were both beta models so they are still working out some kinks. The gaffer and I could only come up with 2 things we would improve upon:

If there weren’t any limitations with science and physics: